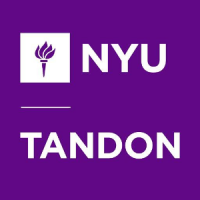 For 3 years, between 2013-2016 I taught the master’s thesis class at the Integrated Digital Media program at NYU-Poly, in which I assisted over 60 students to get their theses, of whom twelve were directly supervised by me. In addition, I assisted Andres Pang in teaching the same class in 2011 and 2012.

I also taught two different capstone classes during this period, the Integrated Digital Media capstone class and a one-off “Digital Story Telling” class, which was the capstone for the Sustainable Urban Environments program in 2014.

One of the most exciting aspects of these classes was the wide range of technologies which I was got to work with, including augmented reality, virtual reality, micro-controllers, motion sensors, interactive multi-media installations, computer vision software and – of course – video and web programming.

Projects which I supervised include:

Students who I have taught but not officially supervised have done some very interesting projects.


Other technologies I have been actively involved with include:
content-teaching.php