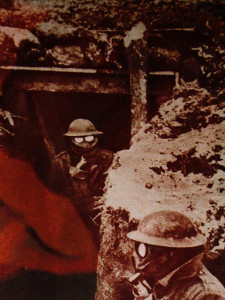 This novella is a fictionalized account of the assassination of the German ambassador to Russia, Count Mirbach, in July 1918. The assassination was used by the Bolsheviks as a justification for banning the Left Socialist Revolutionary Party, at this point the only political party in Russia that the Bolsheviks had not crushed.

The story examines the conflicting ideas of the “great man” who changes history, and the deterministic idea that individuals are pawns of historical forces they cannot control. One of the books’ two assassin-protagonists, Yakov Blumkin, represents the former idea. After the assassination of Mirbach he goes on to have a very real (negative) impact on the lives of millions of people in Ukraine, Turkey, Mongolia and Russia. The other protagonist, Nikolai Andreyev, appears on the historical stage in spring 1918 and by fall has disappeared again.